As an introduction to the program, Richard Egarr will talk about his enthusiasm for playing quatre-mains on historic pianos and his personal views on the interpretation of especially these pieces.

This concert is organised in honour of the birthdays of the artist Margriet M.J. Buisman-Boele on April 26th and of her partner, the world-famous astronomer prof.dr. Kees de Jager, who turns 99 on April 29th 2020.

* Especially for Mrs. Buisman-Boele, who played this suite in her youth quatre-mains with her grandmother, mrs. M.M.J. (Peggy) Nijland-Moll, the then widow of the astronomer prof.dr. Albert A. Nijland, the predecessor of prof. Kees de Jager as director of the observatory ’Sonnenborgh’ in Utrecht.

Recorded on the birthday of Alexandra Nepomnyashchaya.

We are grateful to the Luther Museum for providing the venue.

The historic fortepiano was built in Vienna, 1867, by Johann Baptist Streicher (1796-1871), purveyor to the Imperial Austrian Court since 1839. This fine instrument, which is part of the collection of Museum Geelvinck (formerly part of the famous Finchcocks Collection), was restored by Gijs Wilderom and is being tuned by Hans Kramer (De Pianotemmer).

Organised by Museum Geelvinck with support of the SKIP-arrangement by the Fonds voor Podiumkunsten.

The Fantasia in f minor, Op. 103 by Schubert is also on the recently released CD by the Duo Pleyel – Richard Egarr & Alaxandra Nepomnyashchaya: ‘Schubert: Lebensstürme – Music for Piano Four-Hands’.
linnrecords.com/recording-schubert-lebenssturme-music-piano-four-hands 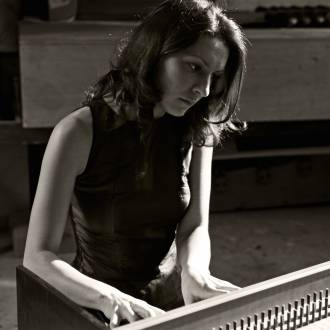 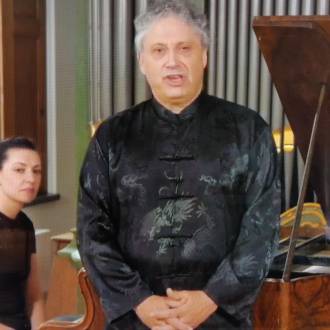